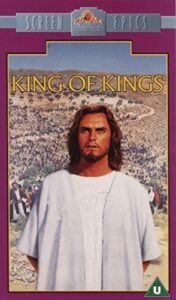 Both the DVD and Blu-ray of “King of Kings” released by MGM are a delight to watch!  Please enjoy a few screen captures showing Jeffrey Hunter as Jesus from these discs.

IN PRINT: POSTHUMOUS ARTICLES AND TRIBUTES

IN PRINT: IN MEMORIAM

IN PRINT: ARTICLES 1960-1969
Click here to learn about a great prank by Jeff and Tab Hunter!

Jeffrey Hunter passed away on May 27, 1969.  Find articles about his death and funeral here.