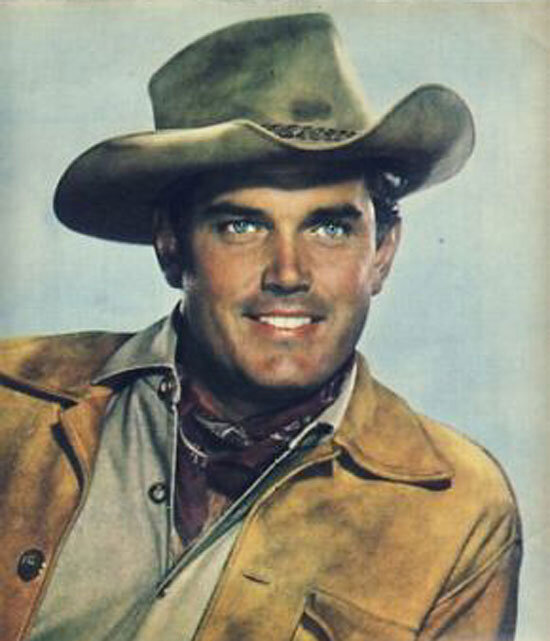 Though Jeff made four TV pilots, only one of the three led to a series in which Jeff was the star. The pilot was released in theaters as the film The Man from Galveston, and the series that resulted was “Temple Houston”. The series tells the story of Temple Houston, a circuit-riding attorney who is the son of Sam Houston, and his partner George Taggart, an ex-gunfighter turned law enforcer, as they defend unjustly-accused people before circuit-riding judges in the post-Civil War Southwest.

Click here for an Episode Guide with many photos!
Listen to the original theme music by Ned Washington and Frank Comstock:
WordPress HTML5 Audio Player Plugin

Links to magazine articles of interest:

Cover of the book, “Jeffrey Hunter and Temple Houston”,
written by our friend Glenn Mosley
and published by Bear Manor Media. 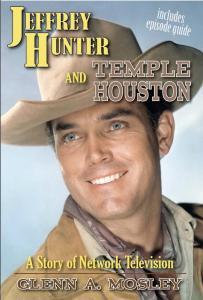 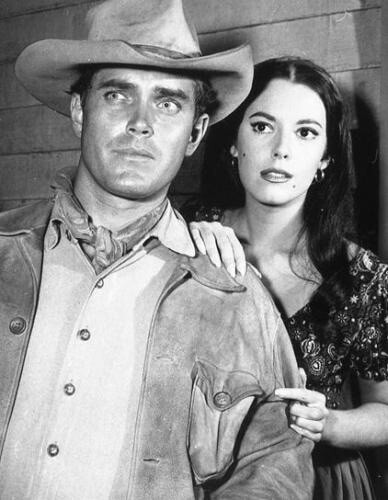 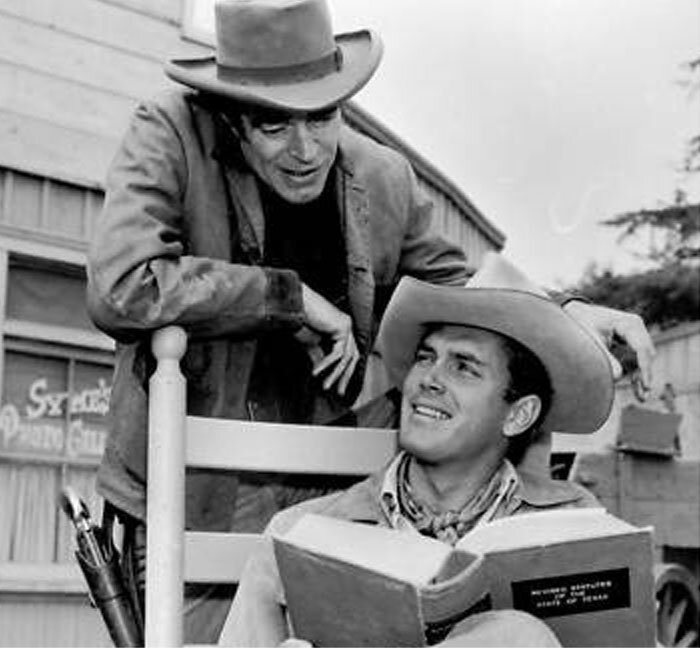 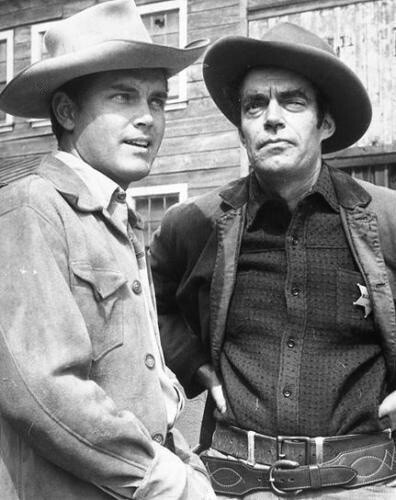 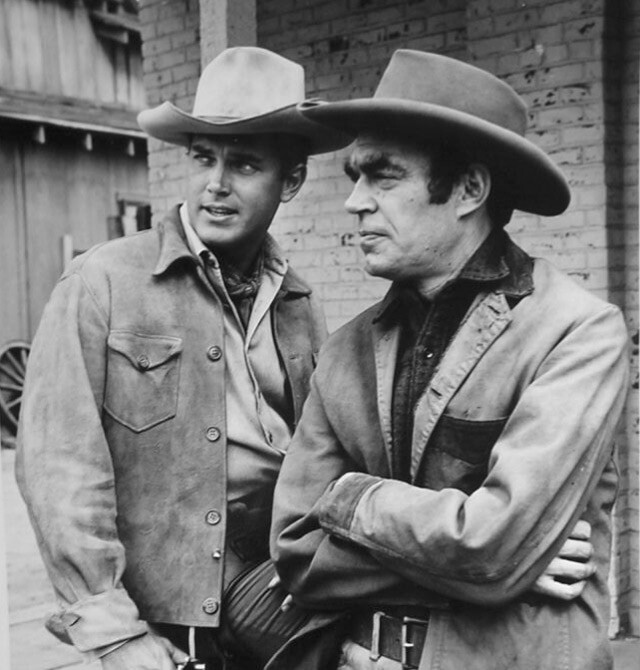 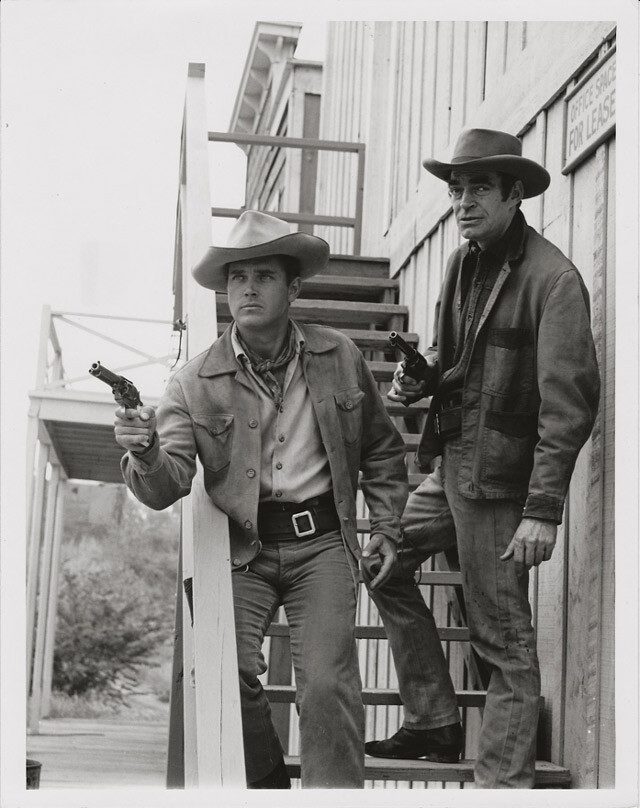 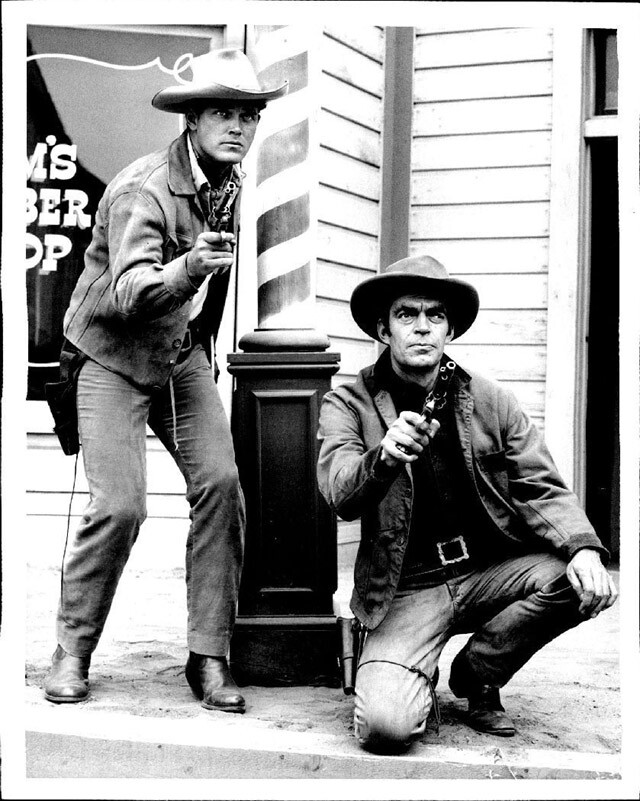 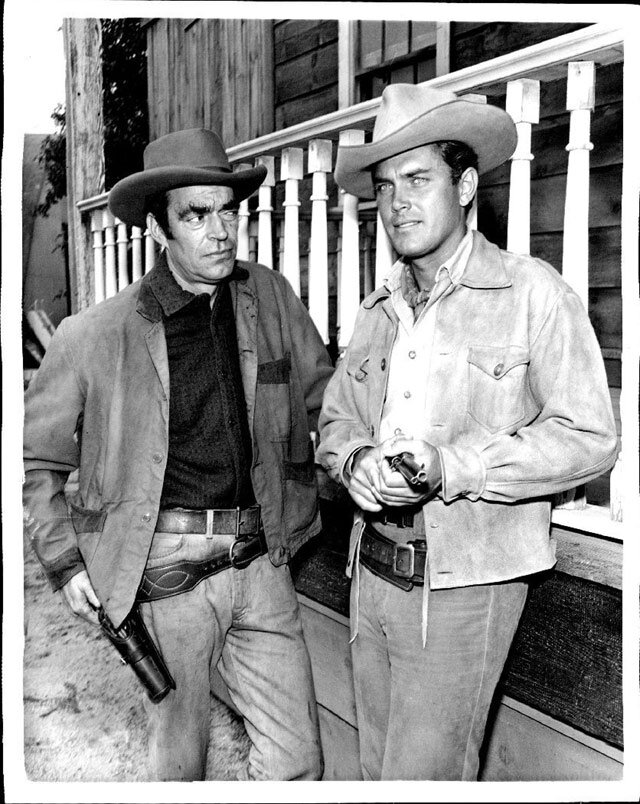 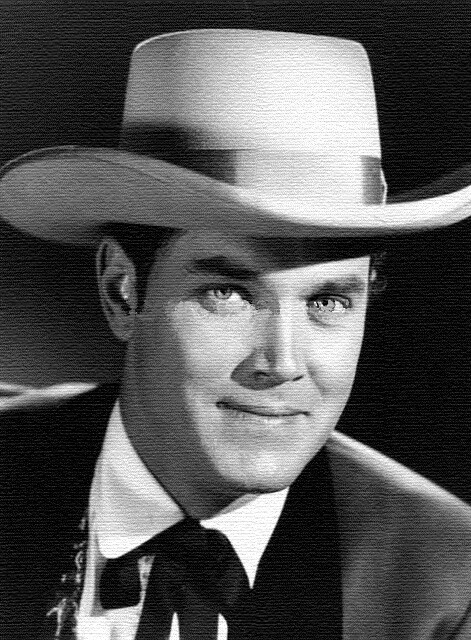 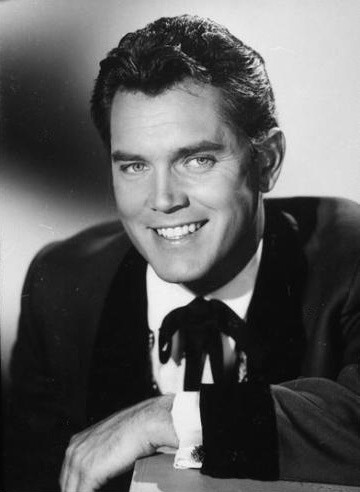 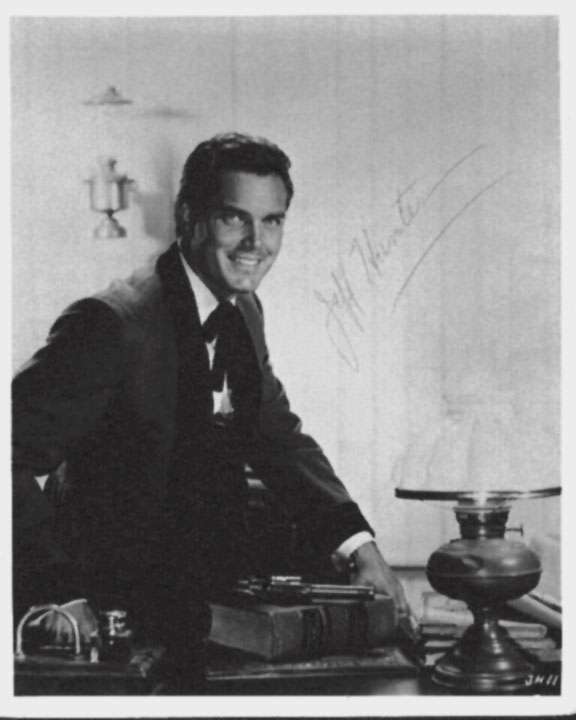 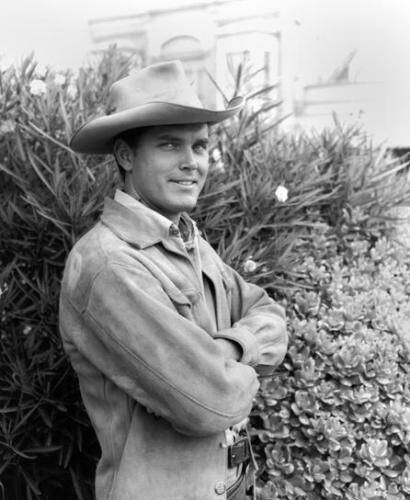 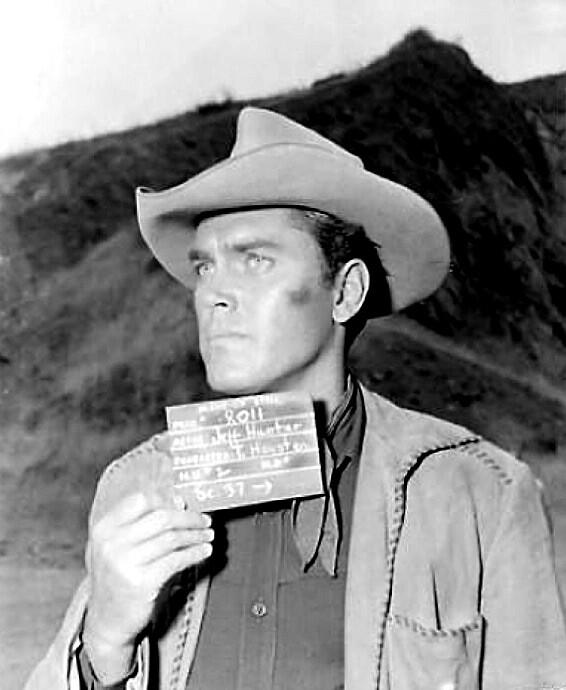 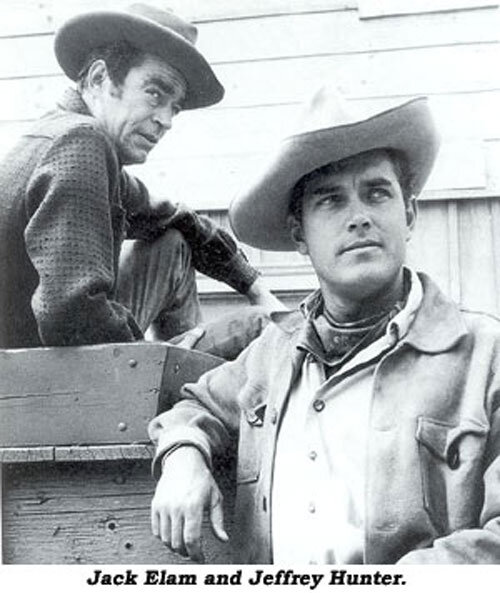 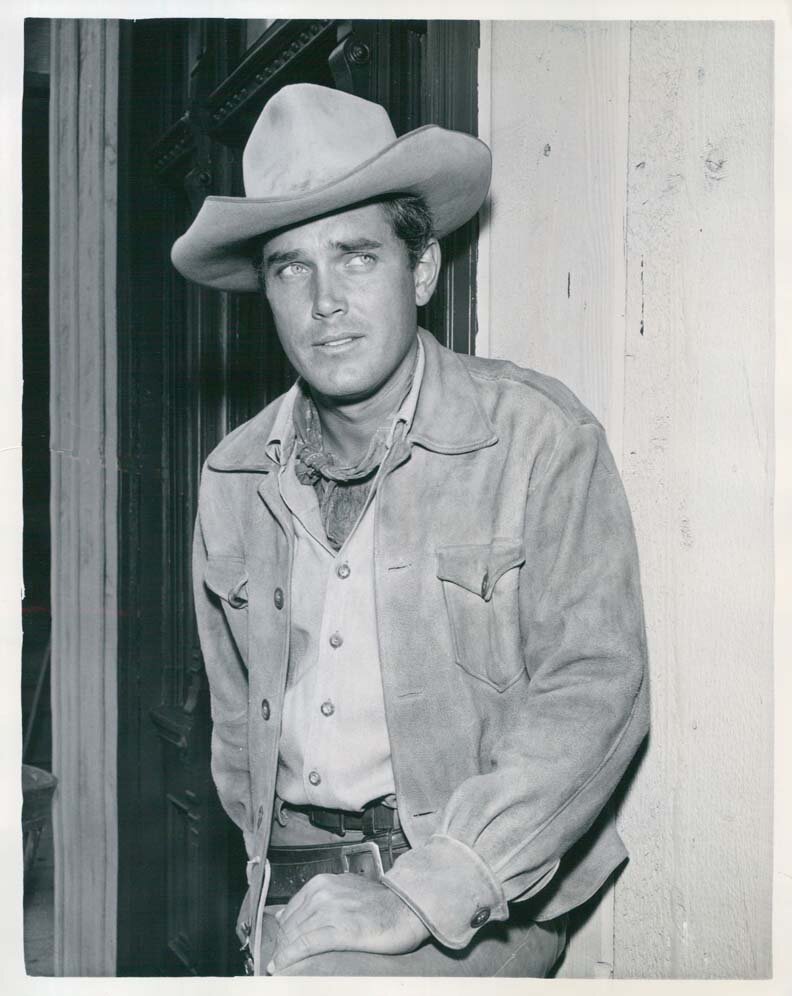 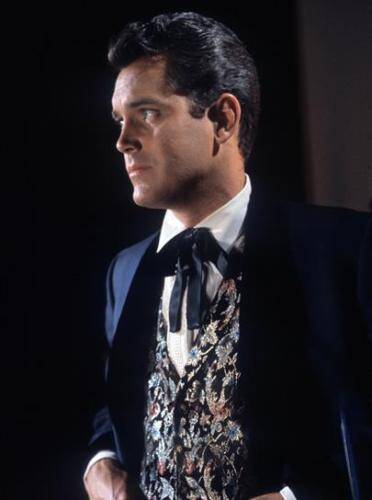 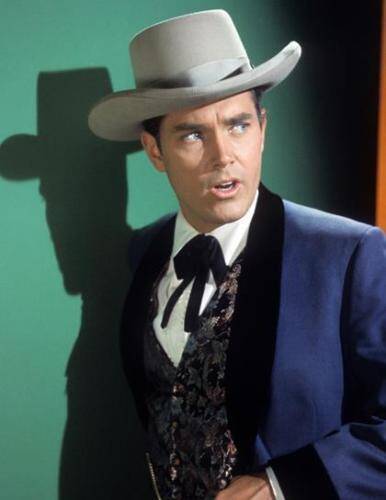 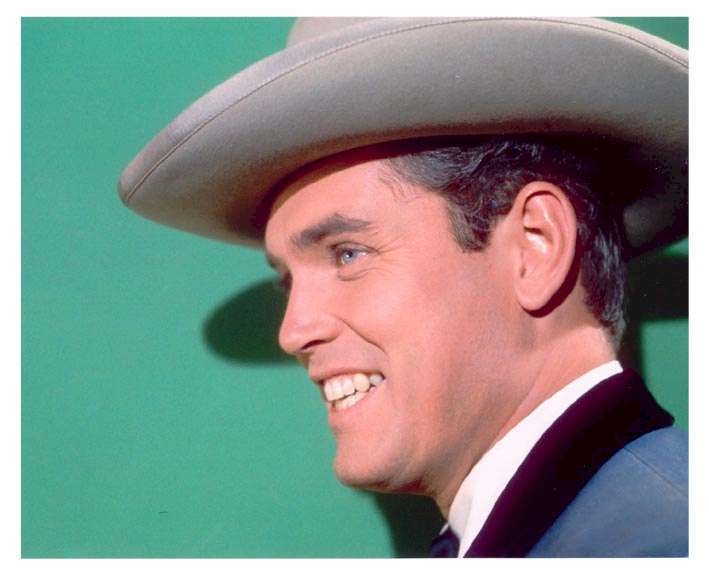 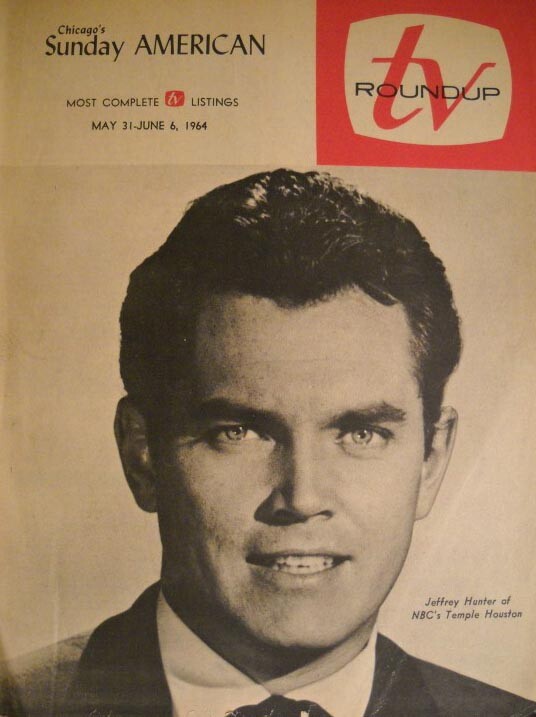 Actor Royal Dano, who appears in the episode "Toll the Bell Slowly," also played the apostle Peter opposite Jeffrey Hunter as Christ in 1961's King of Kings.

Actor Robert Lansing worked with Jeff in the episode, "Gallows in Galilee." Jeff didn't meet Robert's wife Emily McLaughlin until after the Lansings had divorced; Jeff married Emily in February, 1969.

QUOTE from Jeff: "I doubt if the public thought of me as Christ when they next saw me as Temple Houston on television."