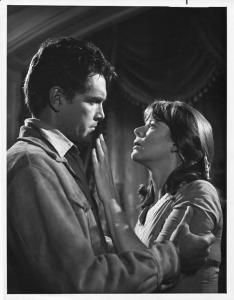 Episode 1 synopsis: A lonely girl hires Temple Houston to defend her two brothers who are accused of murder.
Photo: With Collin Wilcox 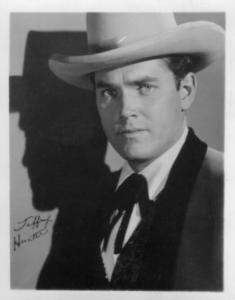 Episode 2 synopsis: Houston’s client is his sidekick Marshal Taggart, who killed a man in a shootout but can’t prove it was self-defense because someone stole his adversary’s gun after the duel was over. 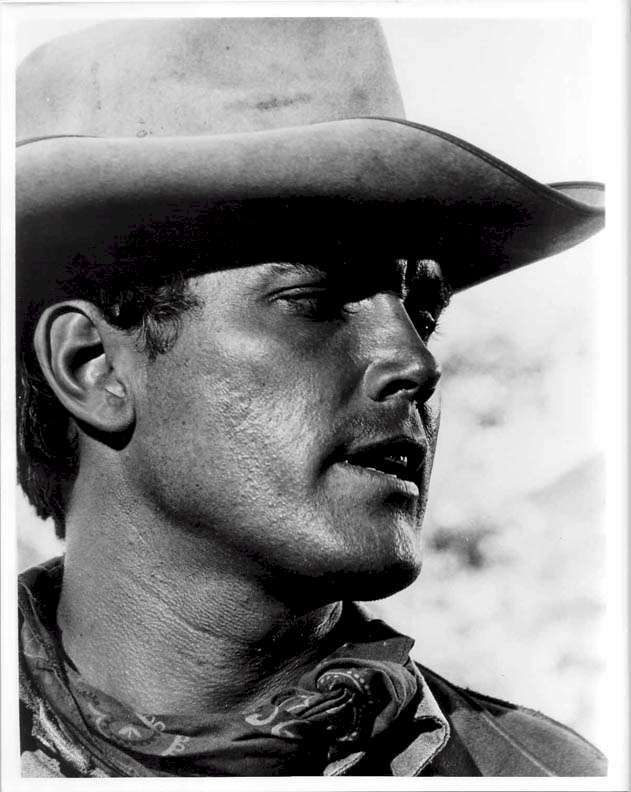 Episode 3 synopsis: The Harrod brothers have been brought up on criminal charges and Houston has decided to represent them, though he suspects one of them may be guilty. 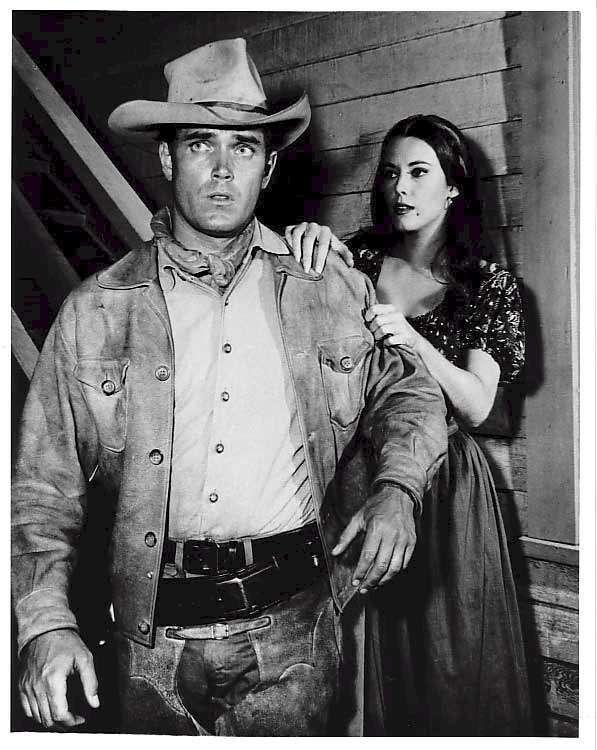 Episode 4 synopsis: Houston finds that he can’t clear his client without first clearing the key witness, who has himself been sentenced to hang for murder.
Photo: With Susan Kohner 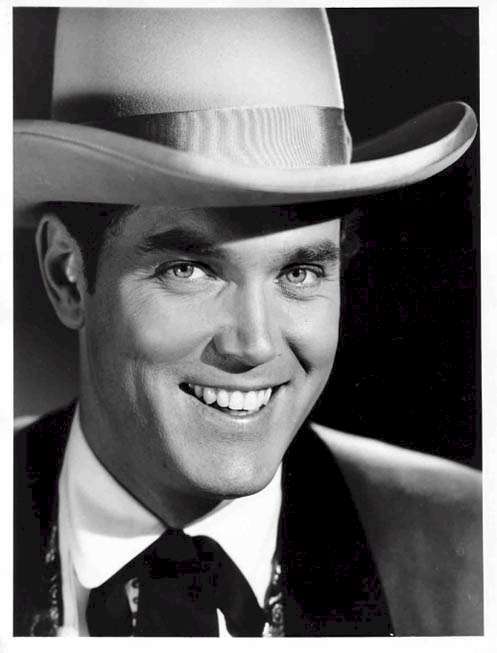 Episode 5 synopsis: Taggart has his sights on the girlfriend of a convicted killer. 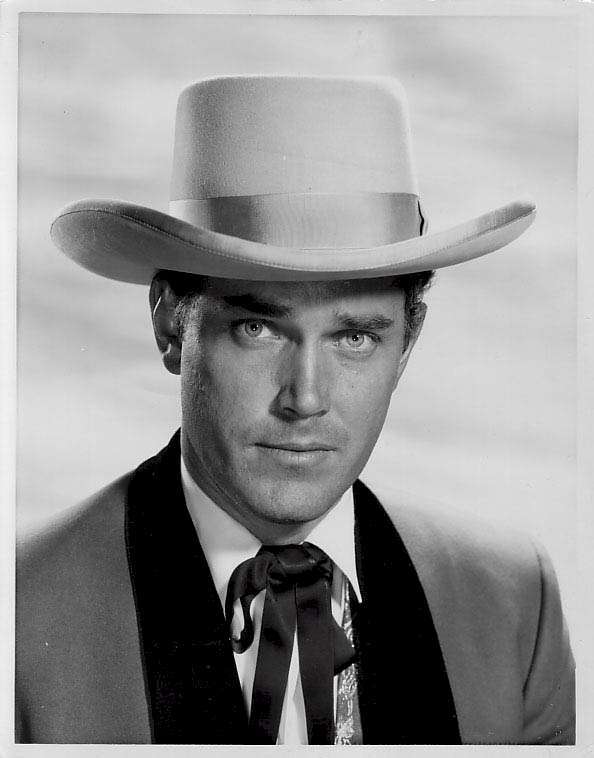 Episode 6 synopsis: Houston appears before a notorious hanging judge to defend a man charged with murder for a death that in fact was accidental. 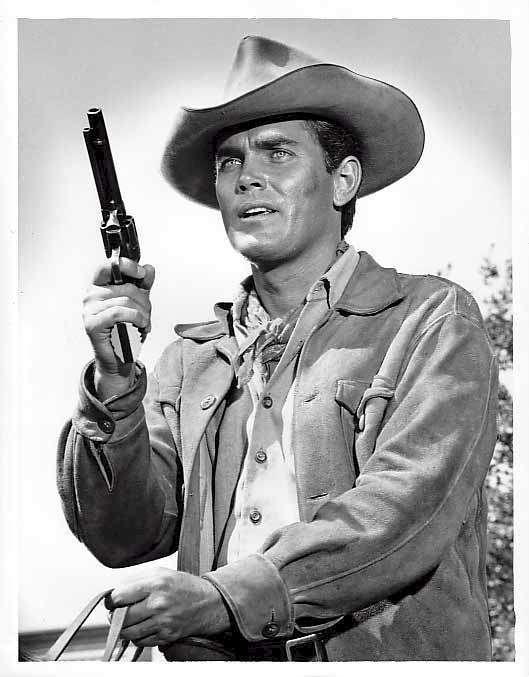 Episode 7 synopsis: Squatter’s rights are the issue with miner Paul Bannerman and he’s determined not to move, even when staring down the barrel of a hired gun. 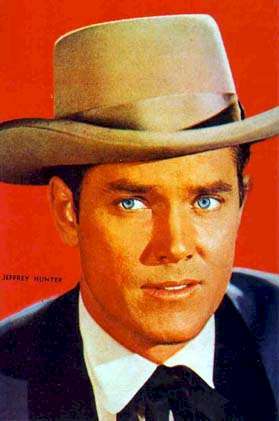 Episode 8 synopsis: It’s only after Houston keeps Tobe Gillard from getting hanged that he finds out the man is accused of murdering Temple’s friend. 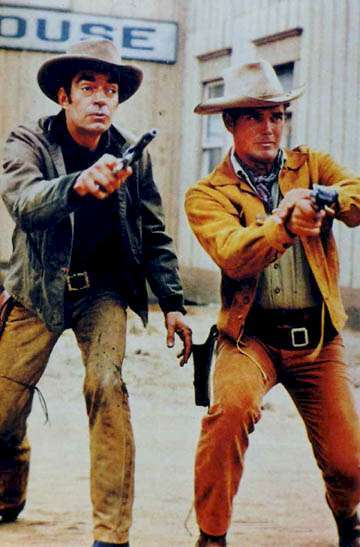 Episode 9 synopsis: Marcey Bannister is a loving and faithful wife. So she can’t believe it when she’s told her husband is an outlaw, even though he’s now trying to hijack the stagecoach she’s currently riding in.
Photo: With Jack Elam 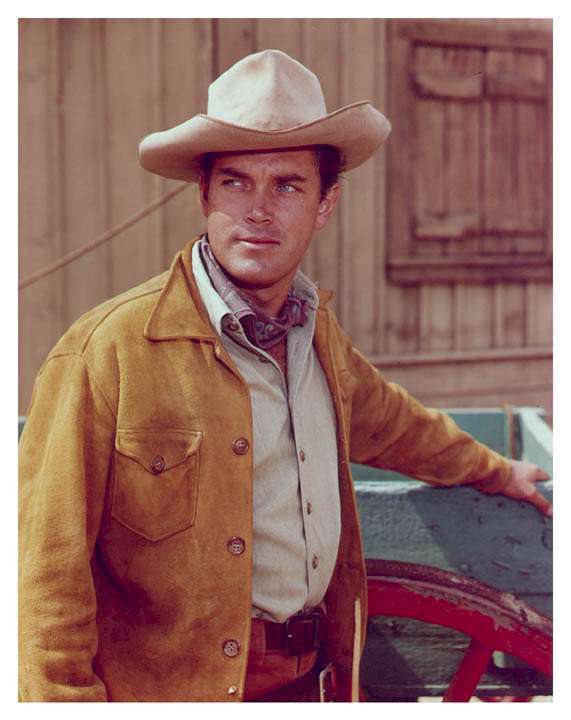 Episode 10 synopsis: No one is more surprised then Amy Hart when her husband’s will is read, leaving all family properties, and custody of their young child, to a ranch hand. 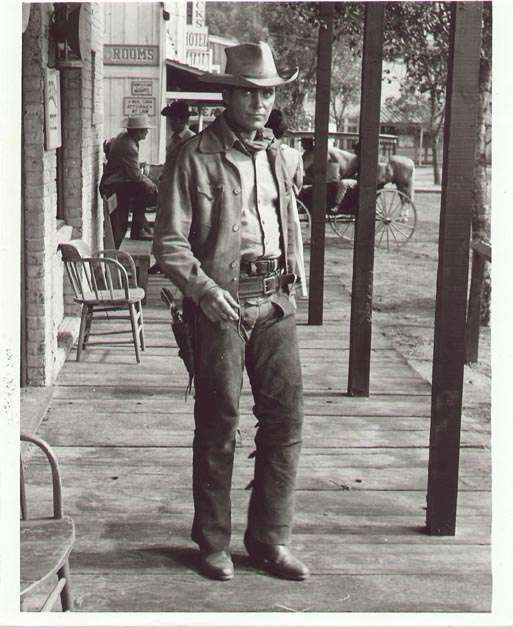 Episode 11 synopsis: A family of pacifists refuses to defend themselves against a notorious gang. 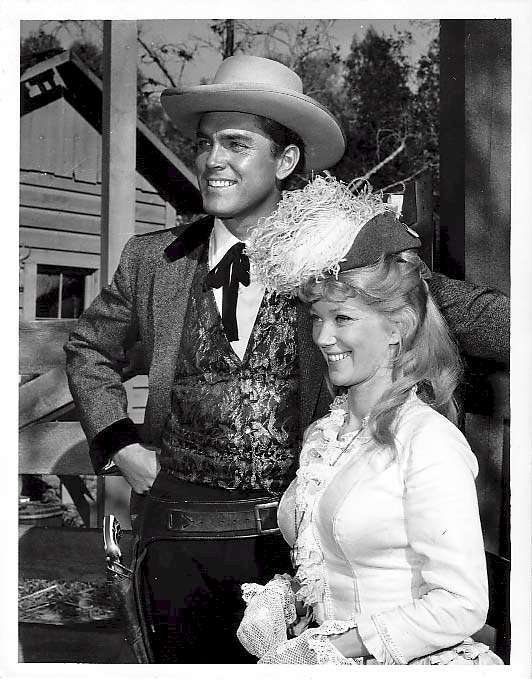 Episode 12 synopsis: Two ranchers who are also Civil-War veterans are still fighting that war 20 years after its end.
Photo: With Kathie Brown 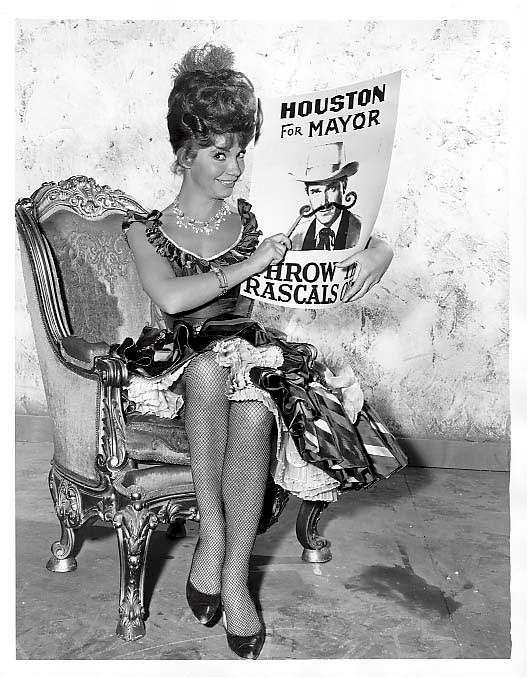 Episode 13 synopsis: A saloon girl is assigned to spy on Houston, who is running for mayor.
Photo: Guest star Ruta Lee has some fun on the set of “Temple Houston”. 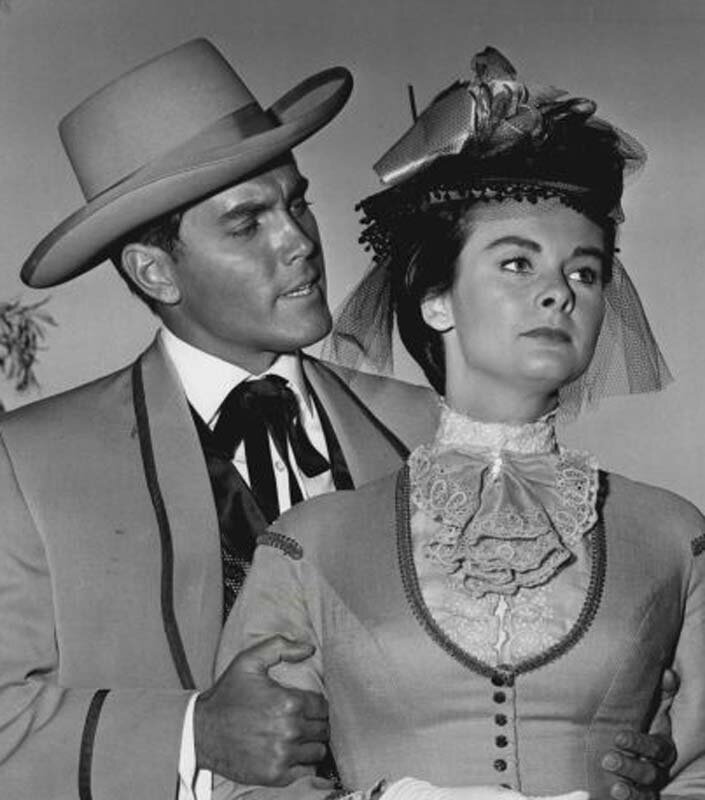 Episode 14 synopsis: A group headed by Lily Lamont strongly advocates for the hanging of a man charged with murder; Houston is the man’s defense lawyer.
Photo: With Constance Ford 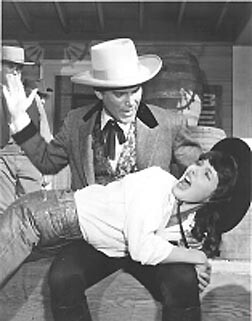 Episode 15 synopsis: Houston takes on the care of a 19-year-old girl at the request of her dying father. While Houston tries to bring the rancher responsible for the father’s death to justice, the daughter makes plans to shoot the rancher to avenge her father’s death.
Photo: With Julie Parrish 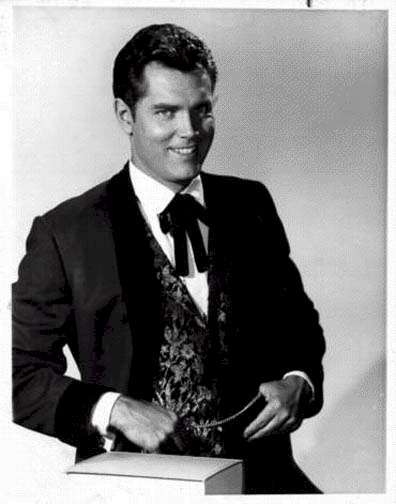 Episode 16 synopsis: Houston enlists a woman lawyer to help him defend a saloon hostess charged with a murder she insists was self-defense. 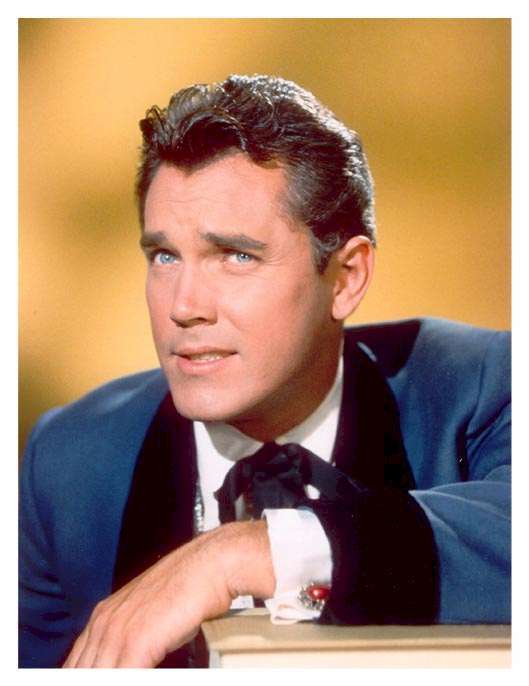 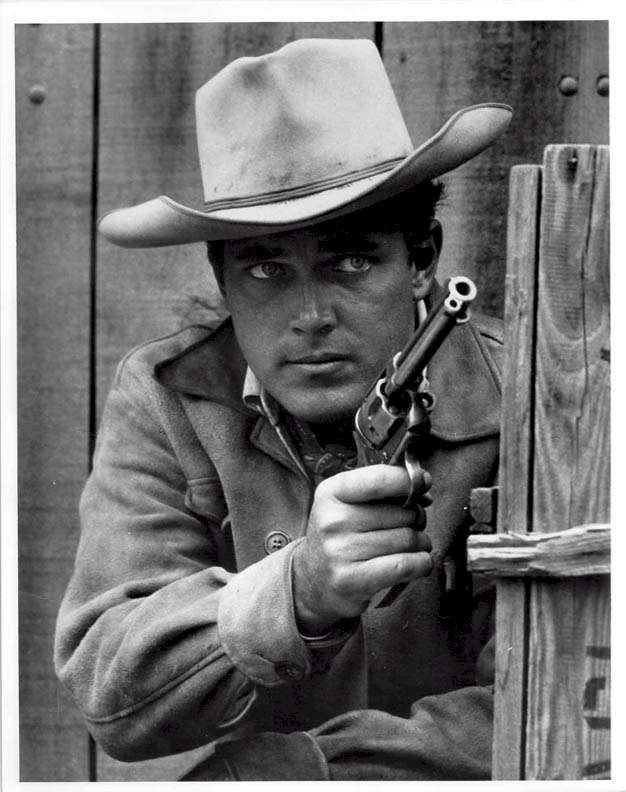 Episode 18 synopsis: A neighbor tries to instigate the hanging of some older town residents by accusing them of treason, in an effort to claim their land. 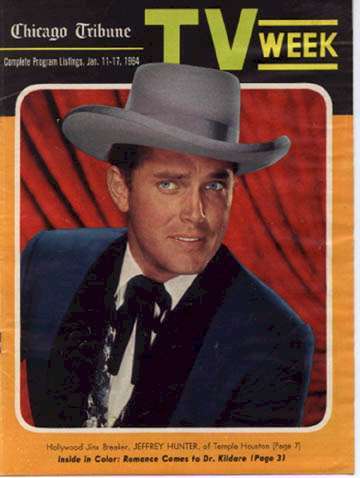 Episode 19 synopsis: Joey Baker is a good man with his fists in a barroom, and Kate Fitzpatrick wants him to take on a professional boxer. 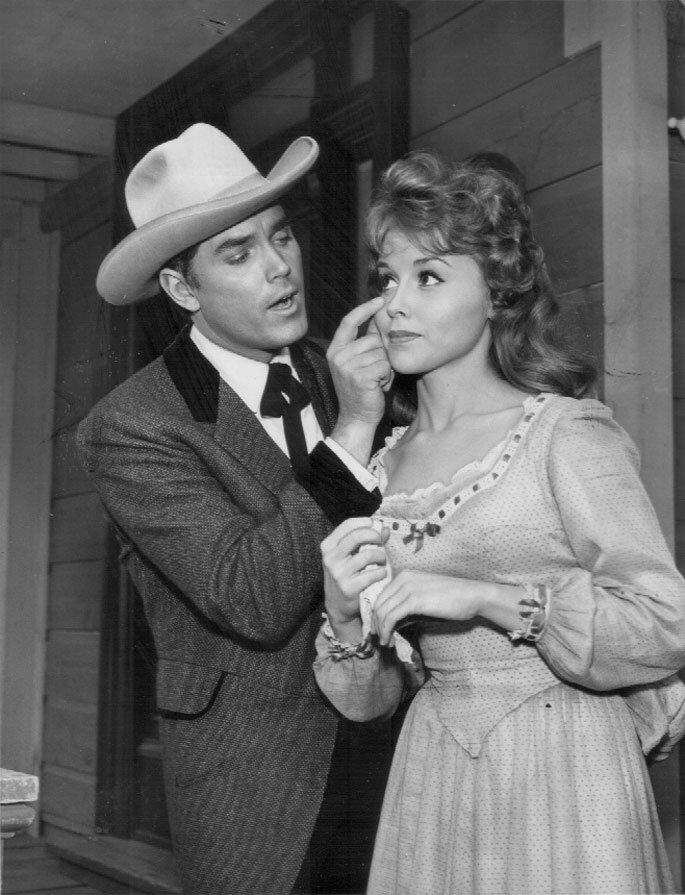 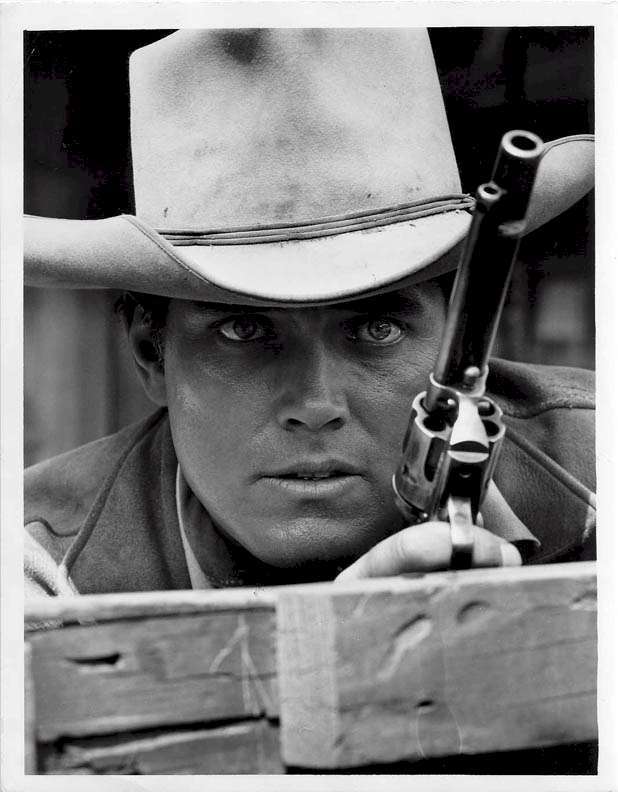 Episode 21 synopsis: After a run on the town bank caused by a con man’s activities, Houston and Taggart try to prevent the bank’s failure by staging a fake robbery to conceal the bank’s dwindled assets. 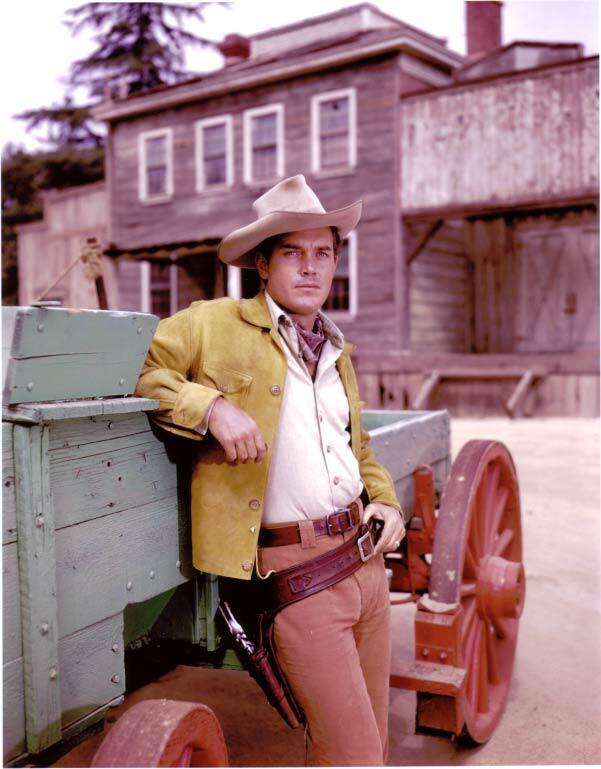 Episode 22 synopsis: An Indian chief whose son has been accused of horse theft decides to retain Houston as defense counsel rather than follow the usual routine and bribe the local Indian agent to set the youth free. 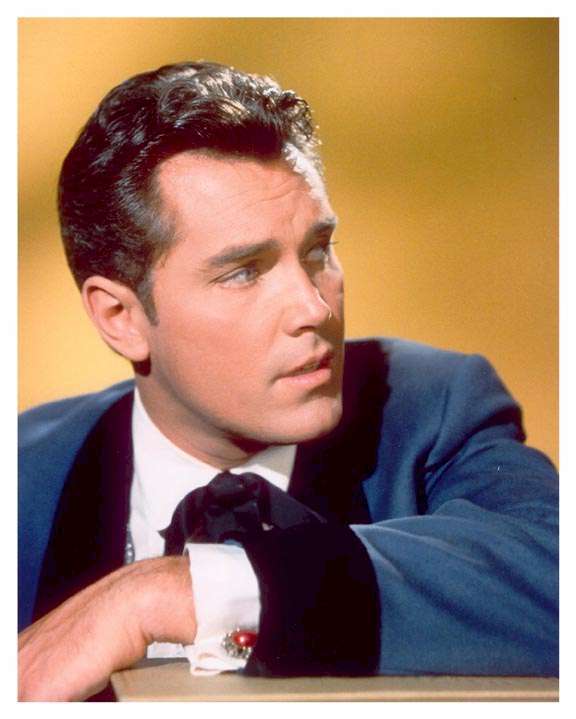 Episode 23 synopsis: Thieves steal an inventor’s two-barreled cannon with plans to sell it to the Indians. 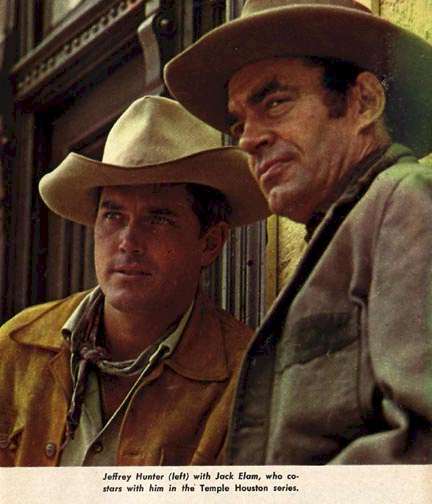 Episode 24 synopsis: Houston is framed for the murder of an unarmed man. 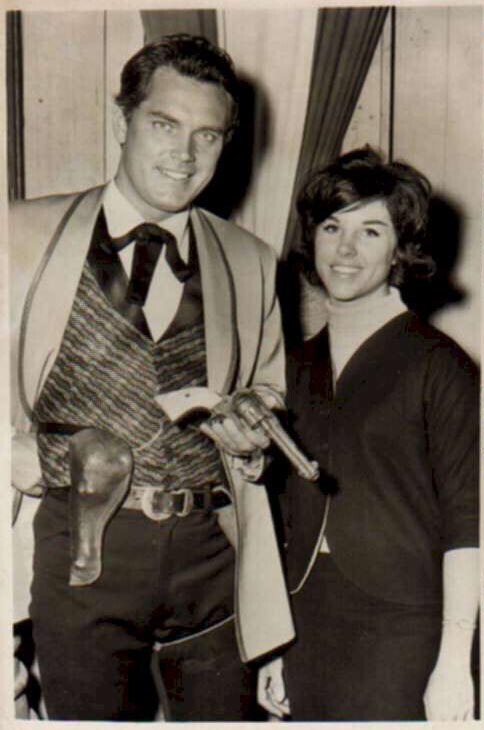 Episode 25 synopsis: With a land deed in hand, a woman and her attorney try to take ownership of the town.
Photo: On the set with actress Bea Ballance. Jeff holds a Colt .45 belonging to Miss Ballance; her grandfather, captain in charge of the Texas Rangers, received the gun as a gift from the real-life Temple Houston in Austin, Texas in 1884. 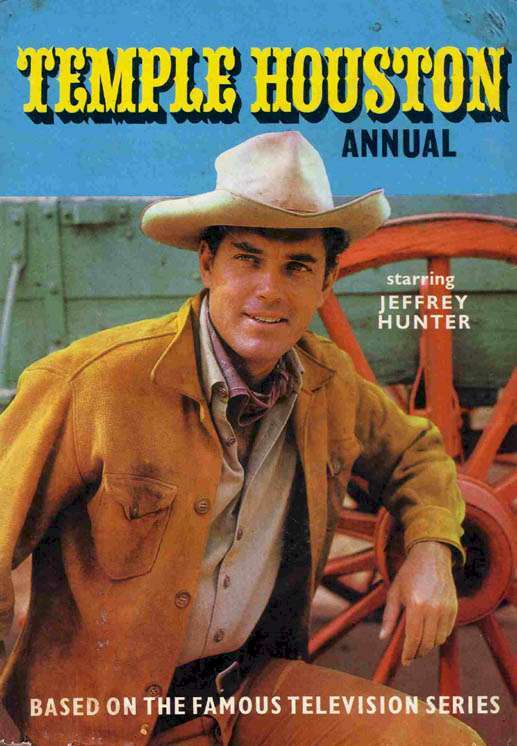 Episode 26 synopsis: A spinster refuses to tell Houston details of the robbery plans of a new man in town, whom she is attracted to.