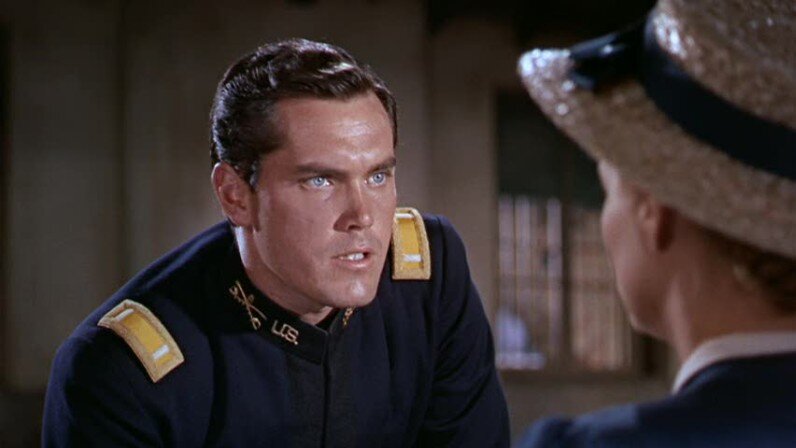 (Lt. Tom Cantrell, counsel for the defense)  In his last film for director John Ford, Jeff is stalwart and sincere as a U.S. Cavalry legal officer defending a black sergeant wrongly accused of the rape and murder of a white girl. Woody Strode gives a strong performance as the accused in this ground-breaking Western focused on the (at the time) rarely-touched subject of racism. Also with Constance Towers, Juano Hernandez, Willis Bouchey, and Billie Burke. 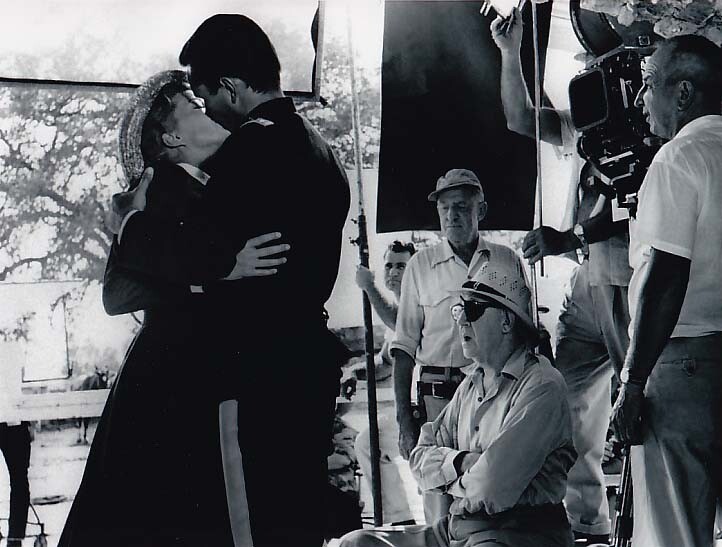 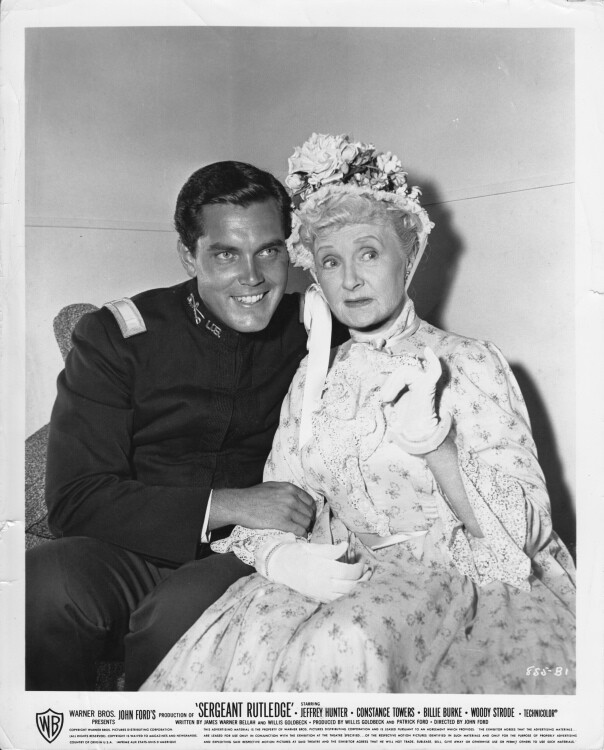 In the late 1950's, this film project was originally intended for director Andre De Toth. De Toth later directed Jeff in Gold for the Caesars (1963).