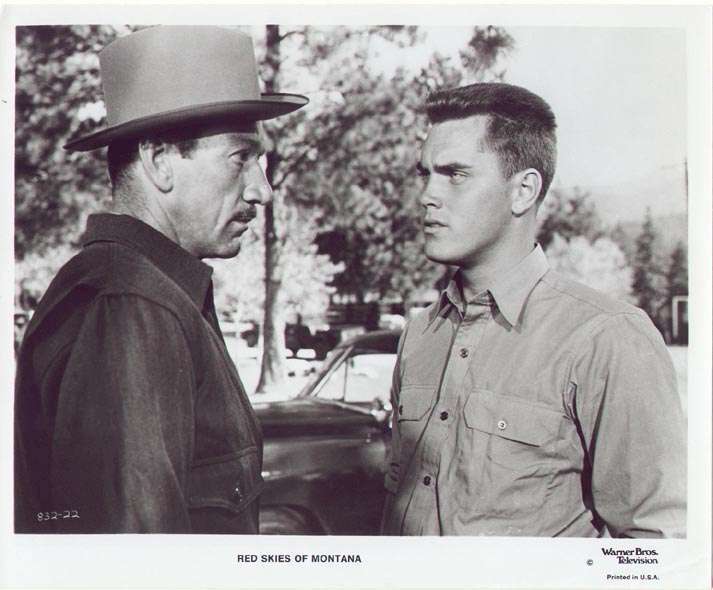 (Ed Miller)  Jeff is a forest firefighter in this action drama with exciting fire sequences. Richard Widmark is a team leader, under suspicion after he is the sole survivor from a group of smoke jumpers killed in action; Jeff plays the vengeful son of one of the dead firefighters. Co-starring Constance Smith, Richard Boone, Richard Crenna, and Charles Buchinsky before he became known as Charles Bronson. 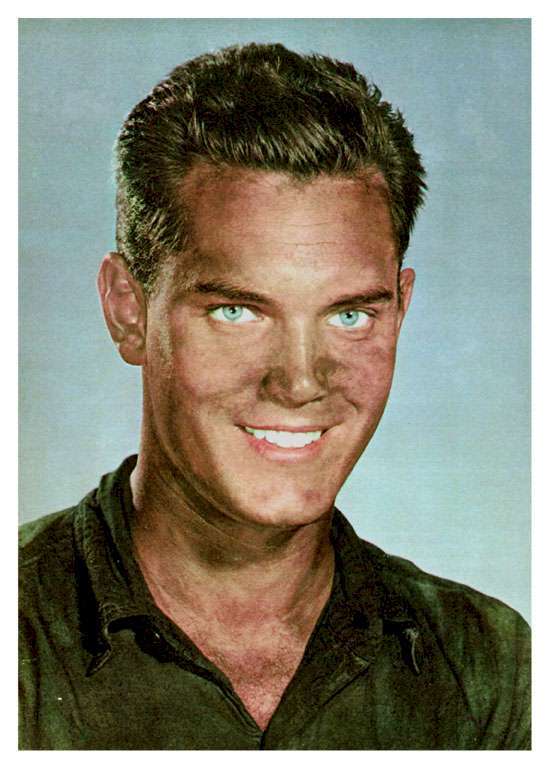 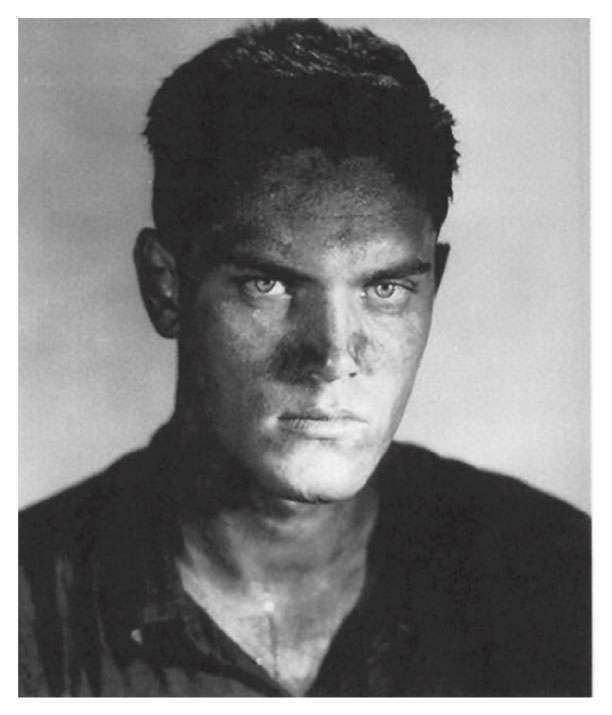 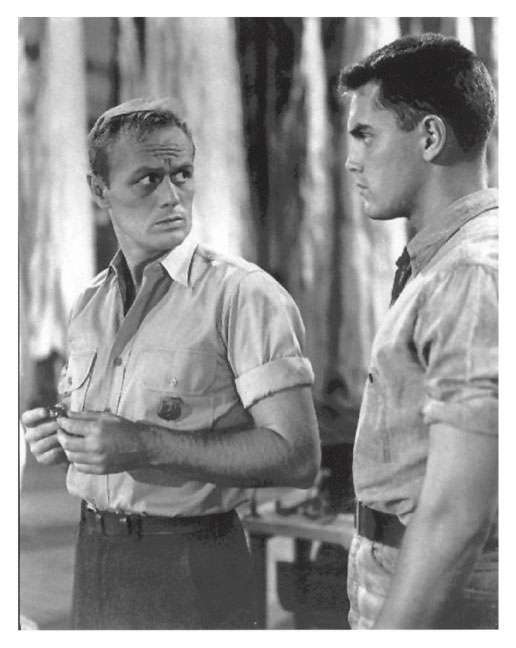 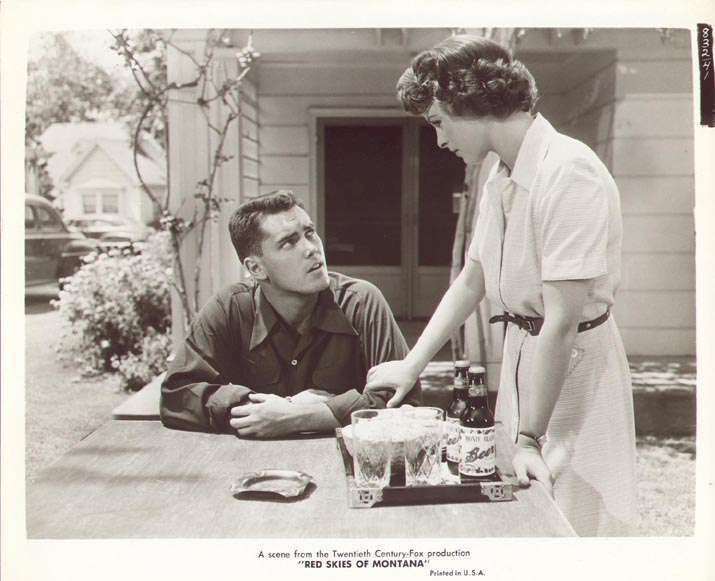 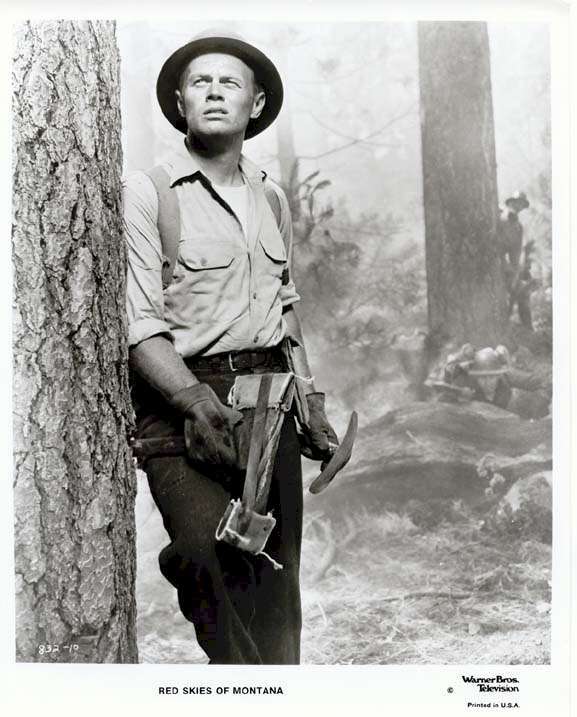 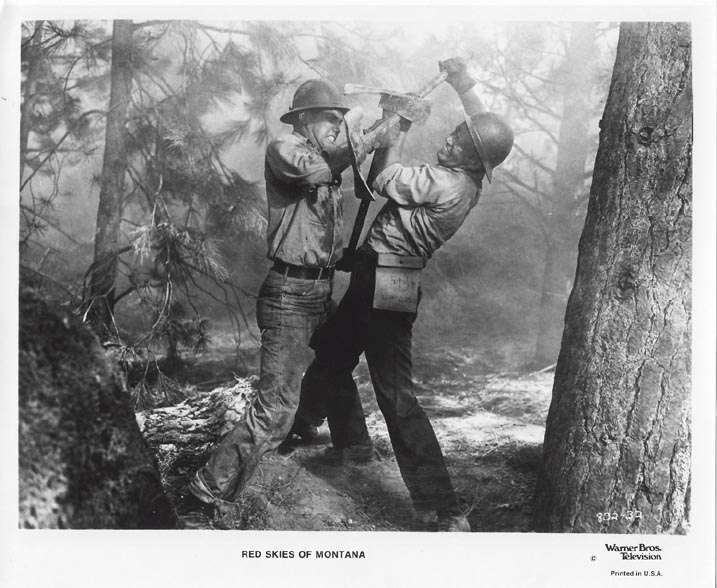 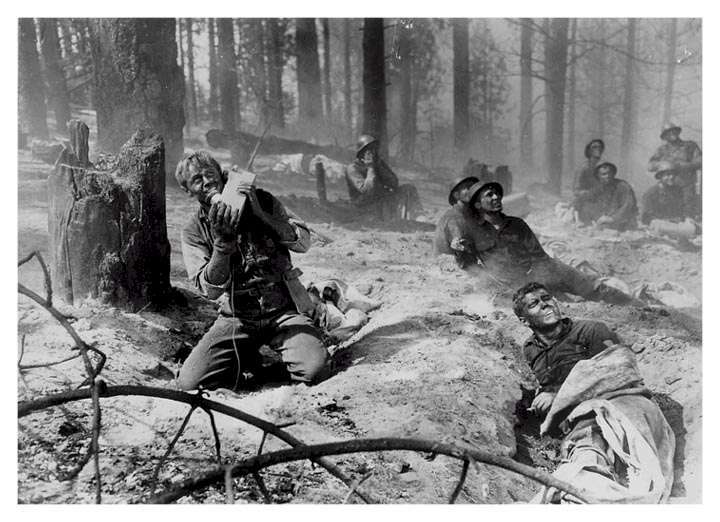 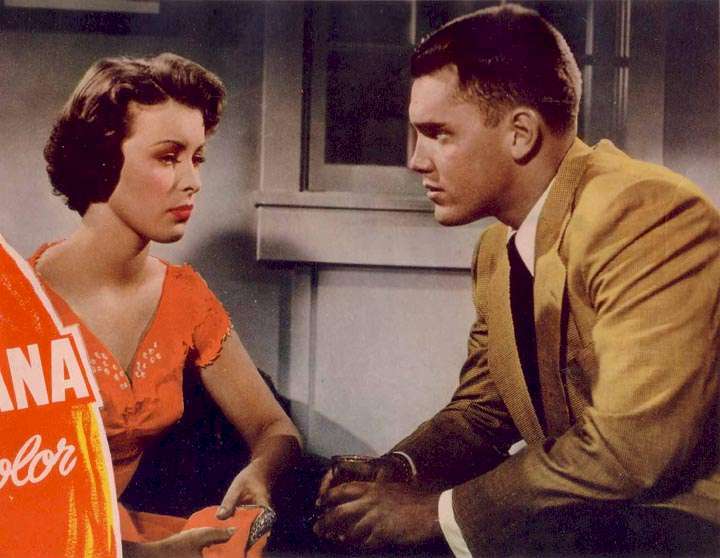 Richard Widmark also worked with Jeff in The Frogmen (1951).

Jeff plays another vengeful son, this time in the old American West, in The Proud Ones (1956).

Red Skies of Montana was, in fact, filmed in the state of Montana.