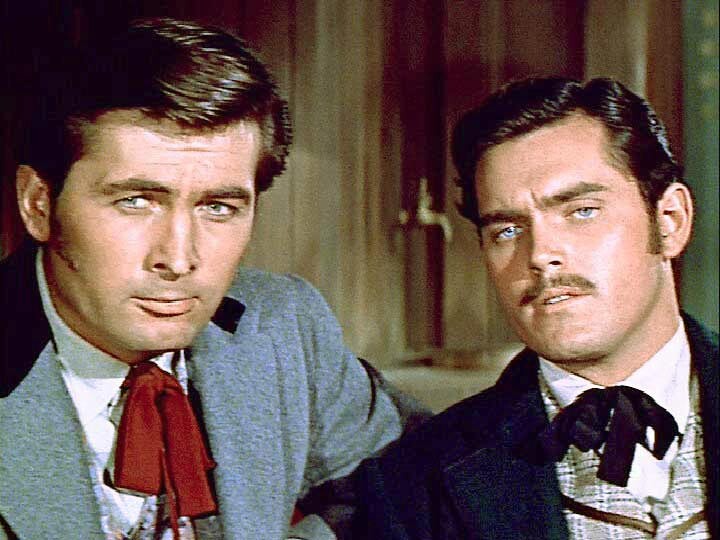 (a.k.a. Andrews' Raiders) (William A. Fuller)  In an effort to cripple the Confederate railway system during the Civil War, a band of Union soldiers, led by Fess Parker, steals a Confederate train and proceeds to destroy track and bridges on the rail line as they proceed more deeply into the South.  Their plans are complicated by the Confederate conductor (Jeff Hunter) of the stolen train, who commandeers another train to pursue them. Based on a true story, this is a Walt Disney film. With Claude Jarman Jr., Harry Carey Jr., and Slim Pickens. 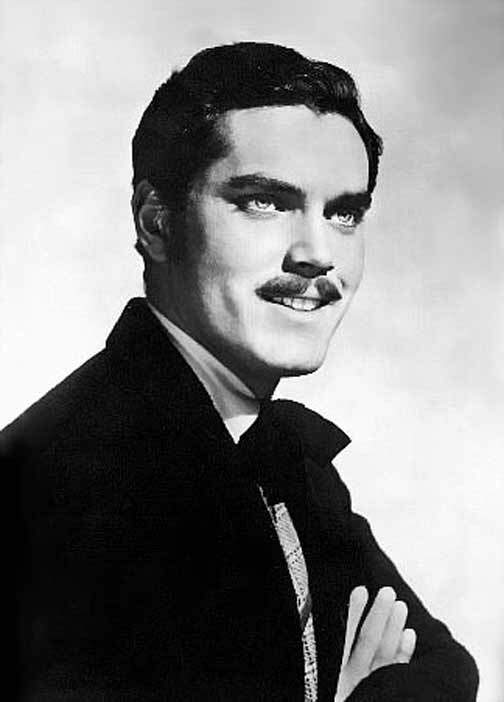 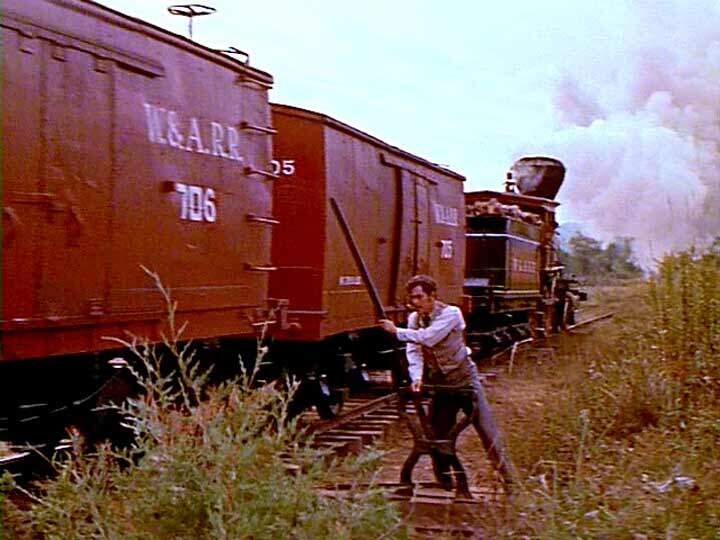 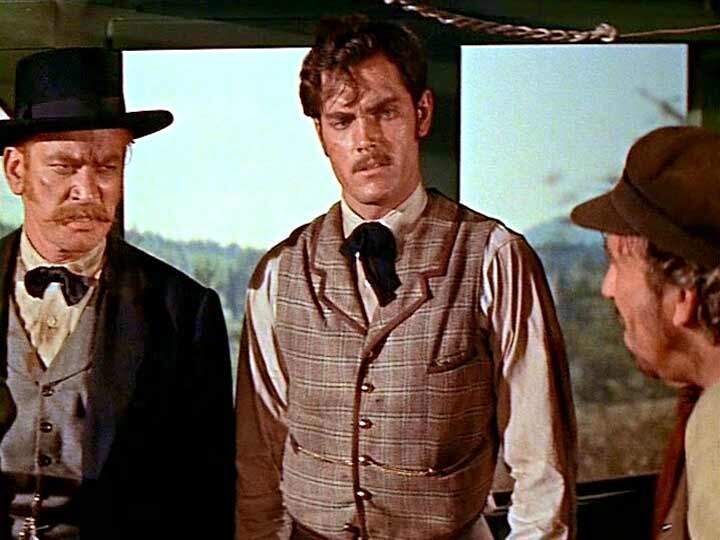 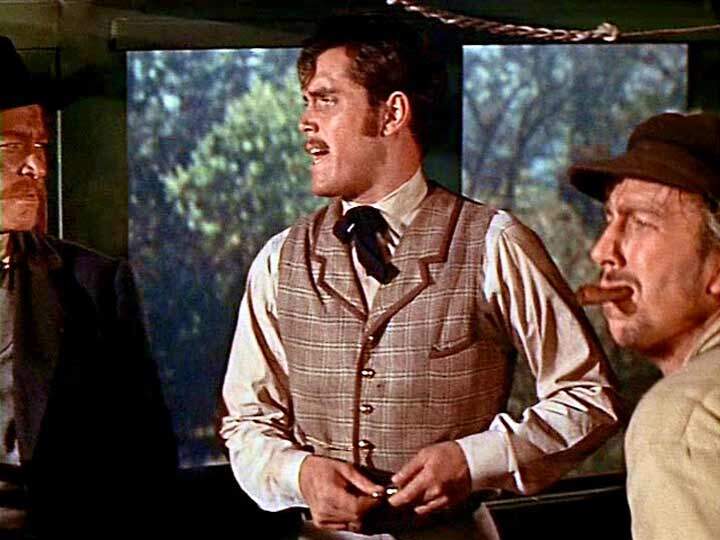 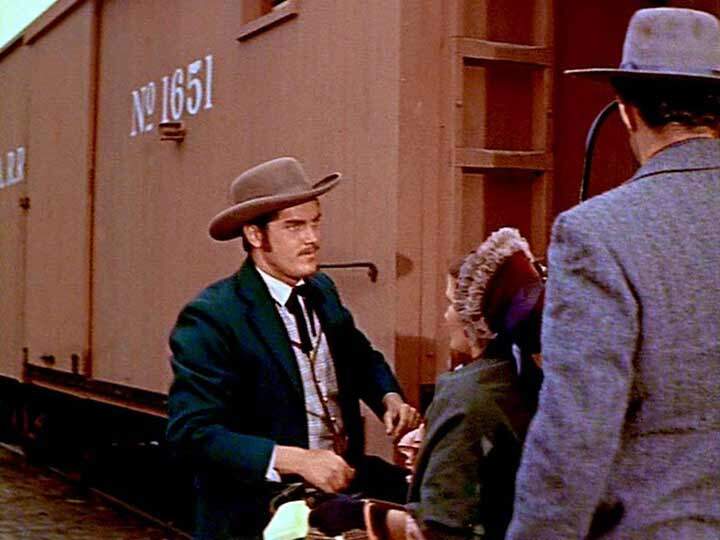 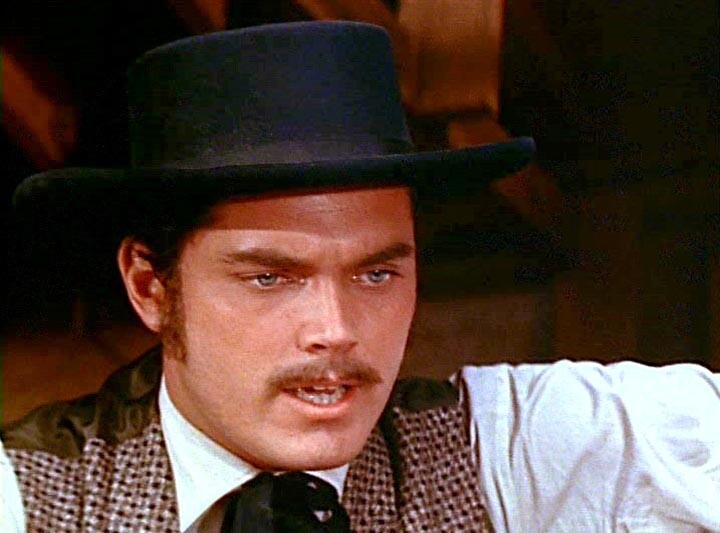 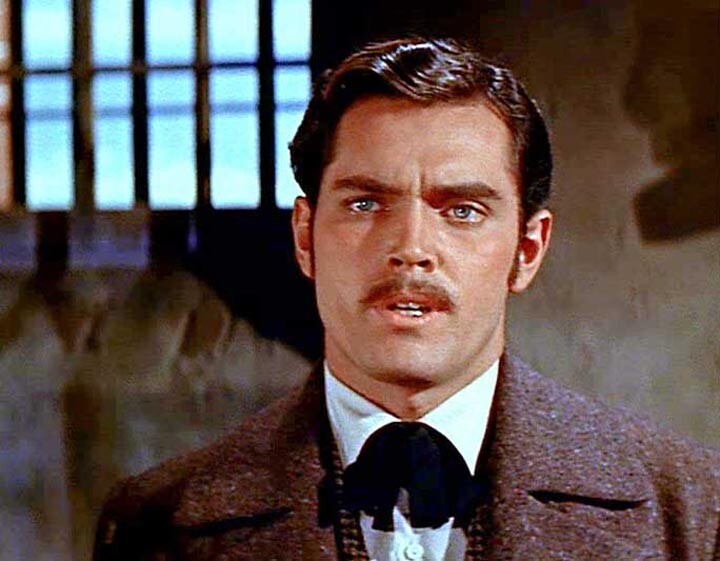 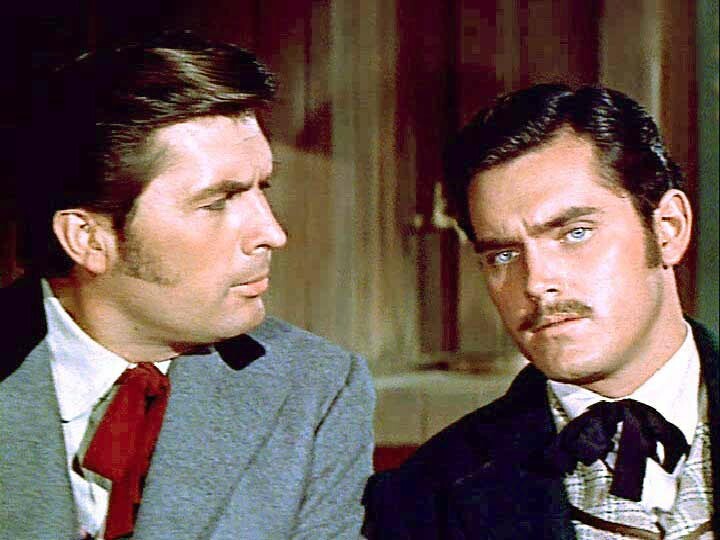 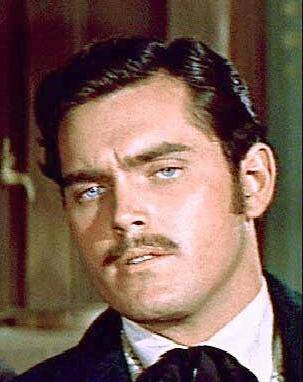 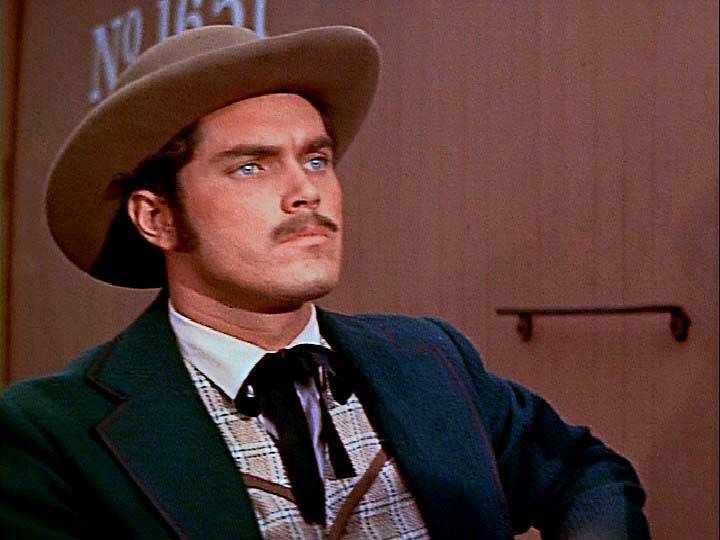 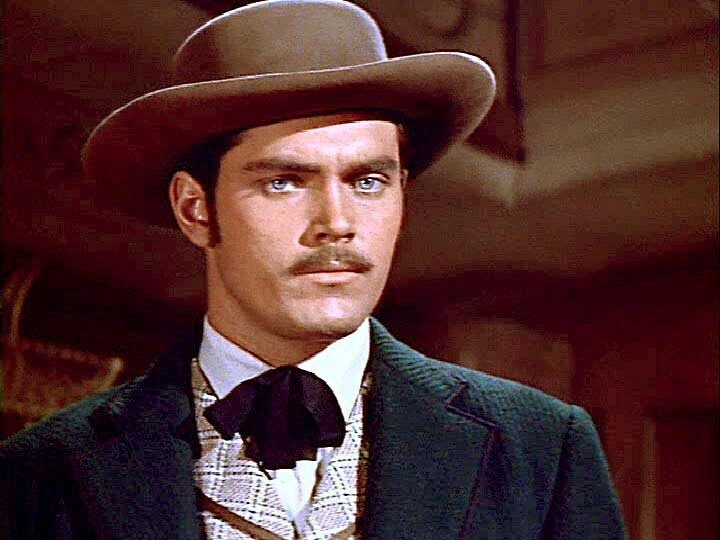 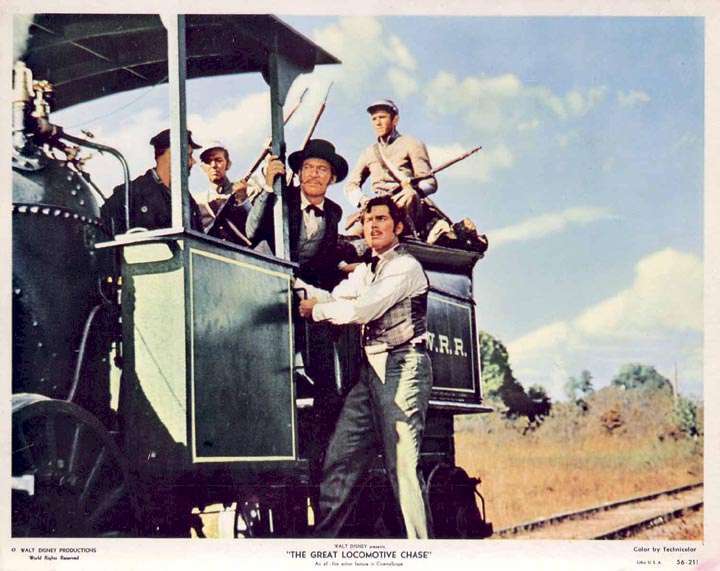 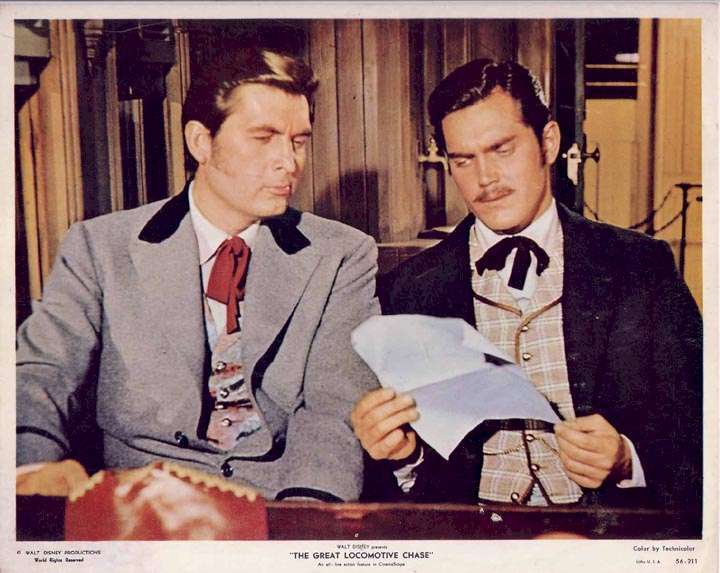 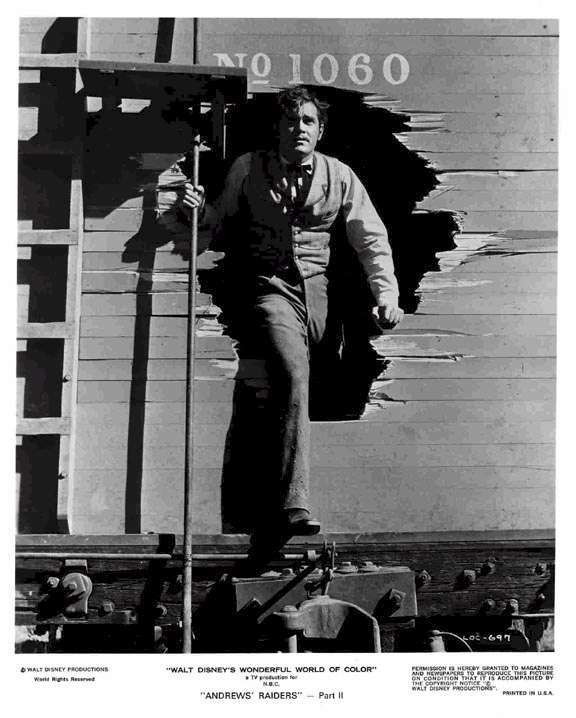 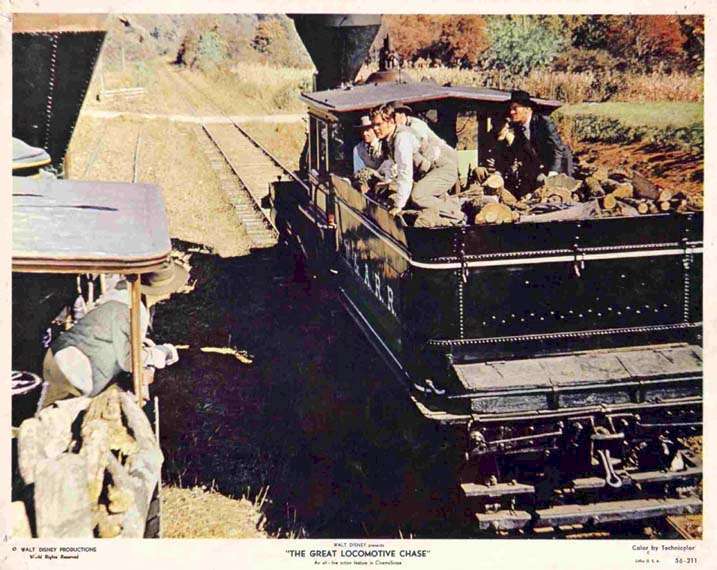 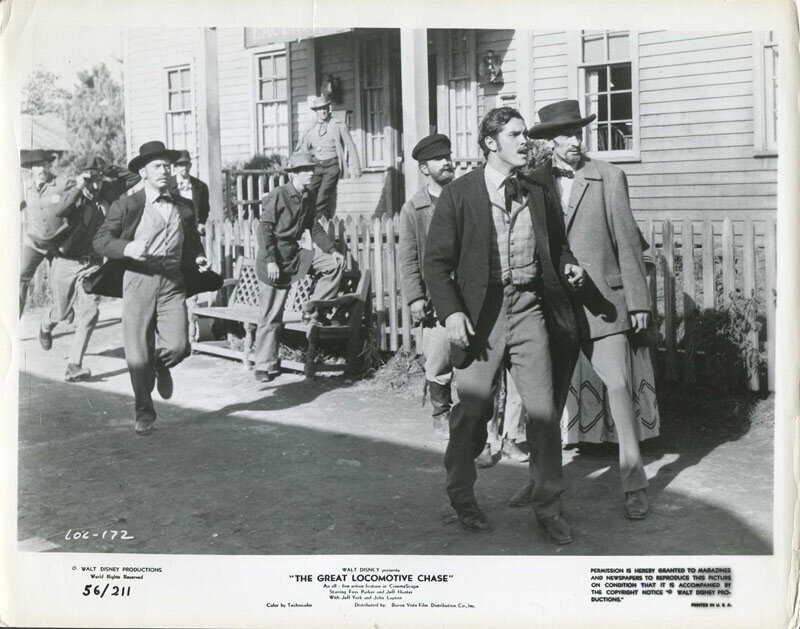 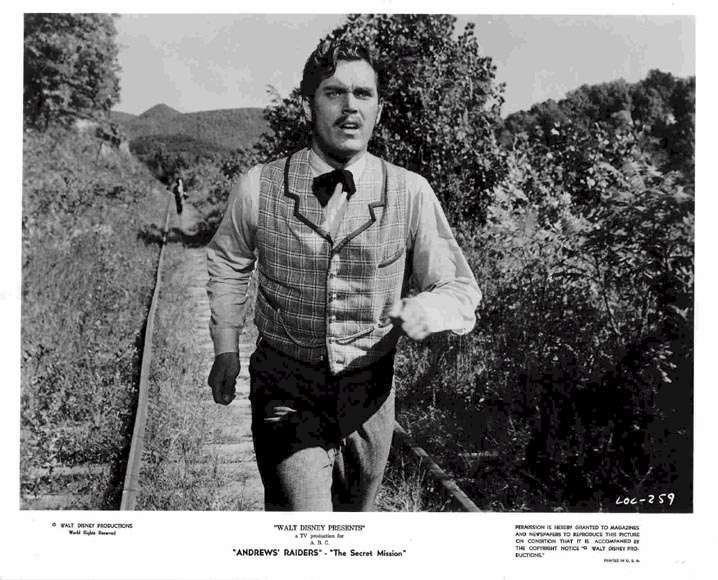 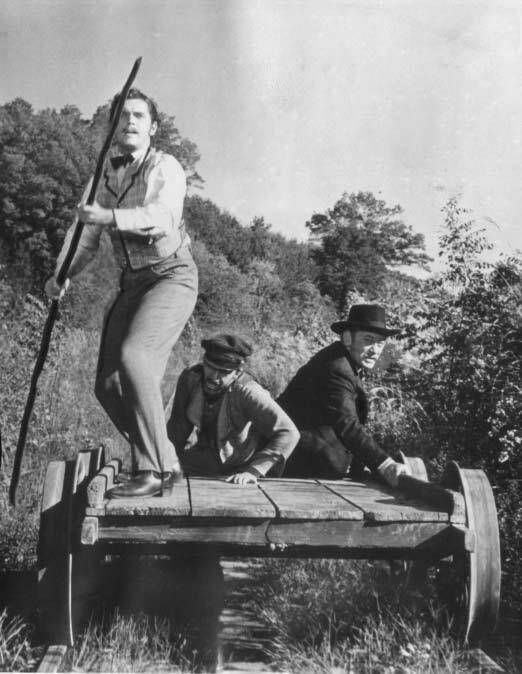 Dick Sargent, who appeared in an uncredited role as a Union soldier in this film, later worked with Jeff again, in The Private Navy of Sgt. O'Farrell, in 1968.

John Ford had originally wanted to cast Fess Parker, Jeff's co-star in The Great Locomotive Chase, as Martin Pawley in The Searchers. At that time, Parker was quite famous for his TV role as Daniel Boone for Walt Disney. After Disney refused to loan Parker to Ford, Ford cast Jeff as Martin Pawley.